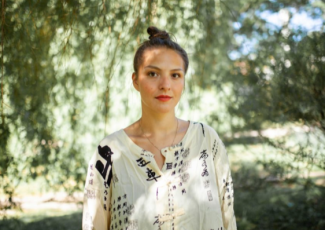 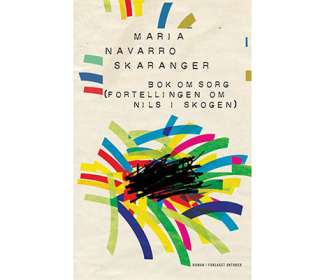 Translated from Norwegian by Rachel Rankin

1. My favourite photos of Nils are the ones where he’s messing about. The photos where he’s drinking a beer, sticking his tongue out, pulling faces. It looks so genuine.

There are quite a lot of photos of us as children, of him as a child, behaving like a child: running through a meadow, climbing trees, photos from fishing trips. There are ones in which he’s unwell. These photos are often cropped a little in the albums. He can be cropped out or cut in half, either because he looks so thin or be-cause that’s just the kind of thing you do.

2. Mum’s eyes were impossible to read. She said hardly anything either.

The first thing my brother Mik said was: This is what we were afraid of, of course we knew it could happen. He said it very plain-ly and simply, not surprised, more an affirmation, and my father nodded in agreement – Mik’s words had struck a chord, and every-one pretty much agreed, as if we had all, in one way or another, prepared ourselves for it, or considered it before. The thought had already crossed our minds, and it must have crossed Nils’ mind too, probably a long time ago, when he lived in the woods, or may-be during the first few times he was admitted.

We had perhaps already considered that this boy would never grow old, would never have children, get married, buy a house and a car.

3. At first, my father’s voice on the telephone was just very dry, sullen, almost angry. Mum always used to say that this sullenness was typical of northern Norwegians. You’ll say something to him, and he’ll take a very long time to respond – maybe ten seconds.

Afterwards, his facial expression was impossible to read, his eyes wide open, all shiny and glassy. Maybe he was scared, or worried, or both.

He went out running with the dog and was gone for hours. When he came back again, the dog slumped to the floor and fell asleep, lying completely still with its tongue out, as though it were dead as well. My father kept touching his hair, scratching behind his ears, prodding, pushing his hair back with his fingers, looking at his fingers afterwards. He poured a large glass of cola and drank and drank until it was empty. I thought about how the fizz must have given him chills. Afterwards, he filled the glass with water, which he then poured over his hands, splashing his face several times.

4. During the first few nights at Mum’s house, I was wide awake. I tried to go to sleep, to keep my eyes closed and lie there, stay there, stay in bed. I lay on my side and then on my back before getting up again, quietly going into the kitchen and eating, drink-ing, watching TV in the dark. I thought it would slowly wear off, but even when I went back to my own flat, I was wide awake at night and couldn’t fall asleep during the day either. I vomited and ground my teeth. I don’t know if my body was at war with itself or breaking down. Sleep issues, feelings of apathy, reduced appetite – a series of normal reactions, the doctor said. I was given a piece of paper with a square on it. I had to be inside the square – it was something to do with being in touch with your feelings, or not.

I folded the paper and put it in my bag. I tried to take it all on board, to think of the square, to be alert. When I vomited, I ate af-terwards, and when I ground my teeth, I breathed in through the nose and out through the mouth.

5. The letter was dated the day before, or two days before. It was folded up in his jacket pocket and it wasn’t long, just a few sentenc-es which I don’t remember exactly, but it said something about how he was exhausted and that this time he couldn’t take it any-more. He must have tried to avoid it, or he must have known that he wasn’t going to be well again. Maybe that’s why he didn’t draw much attention to himself. He didn’t seek help. He went to the psy-chiatrist, she stuck a syringe in his backside, and he went home again. Was there a calmness about the whole thing?

6. It’s not far away. If you want to go into the woods from Nils’ flat, you just have to walk a bit further through the housing coopera-tive, along the road, then through the barrier and underneath a footbridge. The further you go, the fewer the houses. There are the woods and there are the tower blocks, which are placed sym-metrically opposite each other. There are dark pines and spruces and a stretch of water and, if you keep walking, there is even more woodland, more water, and a few farms.

7. Nils lived in one of the grey high-rises, the large ones many people think are ugly because they look like Russian tower blocks. There aren’t many like this around the Oslo area. There’s Rødtvert, Tveita, Ammerud, and probably several more. As children, we often joked that I’d end up a mother-of-three living in one of those tower blocks. We joked that they were just for junkies and benefit scroungers, or immigrants who squeezed all their children into one room.

It was meant to have a positive impact on the people who lived there, this close proximity to the surrounding woods, with a shop-ping centre just beyond and the lane leading down to the town. I’m not exactly sure what went wrong.

8. The tower blocks were renovated maybe two years ago and there was broad coverage about it in the newspapers. They said that it would now be a better place to live, more child friendly. There was also some reaction from people about the horror film which had been filmed in the same building – they said it was bad for local spirit. Now the tower blocks were going to be renovated so there would be less concrete! Artificial grass was laid on the floor of all the verandas and large panes of glass were installed above the railings so that the veranda could be a whole room or a box or a greenhouse, less cold in the winter and ever warmer in the summer. To look out and down to the ground, you have to push the glass sideways and then you can lean out. The view is of the back of the nursing home, a lawn, a road, and the woods.

9. I didn’t visit him at home a lot. The flat was small, designed for one person, even though there were several families who lived in the tower block – maybe the flats are different sizes, I’m not entire-ly sure. It was nice for him to have his own place. I had dinner and stayed over twice. One time, he made beef. It was tender and light pink inside, cooked perfectly, and he had made potatoes au gratin, from scratch, he said. I slept on a mattress and he slept on the sofa bed. He got up in the middle of the night and sat on the veranda for a long time, smoking.

The second time, he had made soup. I was there maybe one more time after that, to collect something, or to give him a piece of advice.