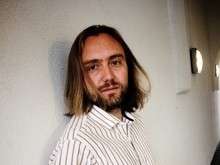 Carl Frode Tiller (b. 1970) is an author, historian and musician. His works are in Nynorsk (lit. "New Norwegian"), one of the two official Norwegian standard languages. Tiller debuted in 2001 with the novel Skråninga (Downward Slope), which was recognized as the best initial work of the year with the Tarjei Vesaas' Debute Prize. Downward Slopewas nominated for the Brageprisen (the Brage Prize is a juried award). In November 2007 Tiller was awarded the Brageprisen for his novel Innsirkling (Encirclement). In the fall of 2007 Innsirkling received the Norwegian Critics Prize for Literature and was nominated for the premiere Scandinavian literature prize, the Nordic Council's Literature Prize.

EUPL Year
2009
EUPL Country
Norway
Innsirkling (Encirclement)
Encirclement is a novel that covers a broad and deep spectrum, both psychologically and sociologically. The novel is cleverly composed – it changes easily between different narrators and points of view, as well as using letter form, dialogue and inner monologue.

David can not remember who he is. A notice in the newspaper encourages acquaintances and friends to write him letters so he can start remembering. The letters create a network of texts where the lives of David, the writers, and others, are rewritten and reassessed.

The letters were written in 2006, but concentrate on the past. This way, false perspectives are created, whether they focus on adolescent dreams, the ambitions of artists, or people’s plans for the future. It’s a story about what happened to one generation of Norwegians, about gender roles and the search for popularity and identity. It’s also about questions of what is a life and how is a life story created under the influence of other people’s stories? 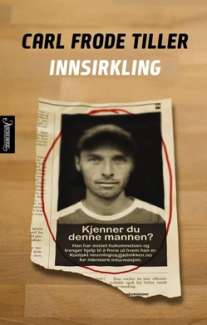 I sat on the bus on the way to the cottage when I read that you had lost your memory, and when I got over the shock and started to think about how I could help you to remember again, without my quite understanding why, one memory kept coming back to me, a memory I have decided to start my letter with. In my mind’s eye I saw the two of us on one of our many and long walks in and around Namsos city centre. I didn’t even know that I had this memory in my head before I suddenly sat there in the bus and felt how it was to be seventeen years old and roaming the streets, just you and I, side by side, wandering aimlessly. I seemed to remember we had the idea that we set out on these trips because we were bored and had nothing else to do with our evenings, but when I think back on the discussions we had, how much we had to talk to each other about, how engrossed and engaged we could become and how we used to hurry off in another direction when we saw someone we otherwise would have had to stop and talk to, I think it must be obvious that we also regarded our walks as something meaningful in themselves. If we didn’t think about them as meaningful, we surely must have experienced them as such.
And perhaps it is this kind of unconscious experience of meaning which is the reason for a fairly undramatic and ordinary memory popping up first and shining the brightest when I read your advertisement. I don’t know, but quite a lot of what I’m referring to in this letter, opinions you had, descriptions of events that took place without me, or of people you knew but whom I never met, I certainly learnt from these discussions of ours.
When we were in primary school, I didn’t know much more about you than that you were the stepson of a pastor, that you played football and that you could throw a ball the furthest when it was sports day at school. I don’t quite know why I noticed the two last things, perhaps because I myself was so bad at throwing ball and playing football. I used a girlie underarm when I was throwing ball, and I had a reputation for being the first and, for the time being, the last in Namsos Secondary School to do a throw-in when awarded a penalty kick, a reputation I otherwise claimed to be proud of when I got to know you.