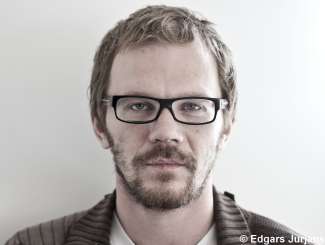 Born in 1980 in Jelgava, Latvia, Janis Jonevs was educated at the Jelgava State Gymnasium and the Latvian Academy of Culture where he was awarded a Master’s Degree. Jonevs works as a copywriter and, since 2002, he has also worked as a reviewer and translator from French.

EUPL Year
2014
EUPL Country
Latvia
Jelgava ‘94
Even though Jelgava '94 is Jonevs' debut novel, the book quickly proved to be a big hit and bestseller in 2013. The story is set in the 1990s in the Latvian city of Jelgava and looks at the craze during this period for the alternative culture of heavy metal music. Jonevs takes the reader deep inside the world described in the novel: combining the intimate diary of a youngster trying to find himself by joining a subculture, as well as a skilful, detailed and almost documentary-like depiction of the beginnings of the second independence of Latvia. This is a story that is even more captivating for the generation that lived through the events described in the book – Jonevs is the first writer to stir up memories of this period through a fully-fledged literary depiction.

Jelgava '94 is a portrait of a generation in the 1990s who are searching for their own identity and are fans of alternative culture. This is a touching story about us as youngsters, when everybody is against the whole world and tries not to become ‘one of them’. But is it for real? Can one keep the promise? 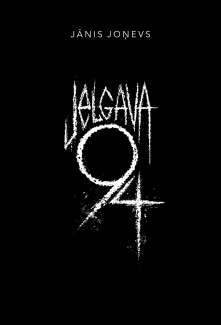 1
/../ Incredible, I know, but he found that shirt in a used clothing shop. A real miracle. The rest of us rushed to dig through the piles. I even made a list for Mum of shirts that she should buy as soon as she sees them: Death, Cannibal Corpse, Anal Cunt, Brutal Truth, Carcass, Hypocrisy. She did not find any of these, she brought me a shirt with Michael Learns to Rock on it and pictures of three smiling guys à la Zack Morris. My rebellious nihilism notwithstanding, my heart almost broke to pieces, I felt such a surge of love for her. That didn’t mean I could ever wear that shirt, however.

So Death found an Obituary shirt in a used clothing pile and paid 50 santims for it, and still he was not happy. He seemed to be a little superstitious and felt he had bought a disaster in the shape of this shirt (that, of course, did not prevent him from wearing it all the time). So now again he said, “I told you! I told you! I always have bad luck when I wear this shirt!”

We had just been kicked off the Jelgava-Riga train. For nothing, really. We did not have tickets. Having made comments about our hair, the team of conductors kicked us out, hair flying. The train continued on, whereas we were stuck here, in Olaine.

“What are we going to do, gentlemen?”

Death looked at the train, which had already disappeared from sight. As usual, Edgars had a plan: “We could kill dogs and sell their pelts!”

He was certifiably crazy, no doubt about it. He lived next-door to Death. Because of his craziness and excessive love of horror movies, he got the nickname Zombie.

“Soon the locals will sell our pelts.”

We trained our eagle’s eye on the town that spread before us, overgrown with bushes. Not a single soul seemed to be around. Yet the bushes looked suspicious.