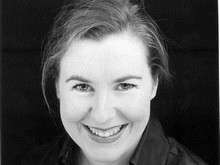 Karen Gillece was born in Dublin in 1974. She studied Law at University College Dublin. Her debut novel Seven Nights In Zaragoza was published in 2005 and hailed by the critics as ‘Highly impressive and assured writing’ (Evening Herald). It was followed in 2006 byLongshore Drift which the critics described as ‘a glorious read, confirming Gillece as a fine literary writer.’ (Books Ireland).  Two subsequent novels were published to critical acclaim: My Glass Heart (2007) and The Absent Wife (2008). Gillece has been described as one of Ireland’s finest emerging writers. Her short stories have been published in literary journals and magazines and broadcast on RTE Radio One and BBC Radio Four. In 2001, she was short listed for the Hennessy New Irish Writing Award. Her novels have been translated into several European languages. She is the recipient of a Literature Bursary from the Arts Council of Ireland, and is currently working on her fifth novel.

EUPL Year
2009
EUPL Country
Ireland
Longshore Drift
In the blink of an eye, in a busy Brazilian marketplace, a small boy disappears without a trace... His mother's free-living existence, travelling South America with her lover and son, comes to a sudden, brutal end. Two years later, broken from searching for her missing son, Nacio, and desolate at her lover's departure, Lara returns to her childhood home on the southwest coast of Ireland. As she struggles to come to terms with her loss, Lara once again befriends Christy, her childhood sweetheart, who finds himself increasingly drawn to her bohemian nature. But what starts as an interest in her past grows into an obsession. As Lara tries to piece her life back together, never losing hope for Nacio, Christy begins to fall apart. Longshore Drift is a tale of passion and betrayal, of the consequences of searching for love in all the wrong places, and of a heartbroken mother's unswerving conviction that her child will be returned to her – even when all hope seems to be gone. 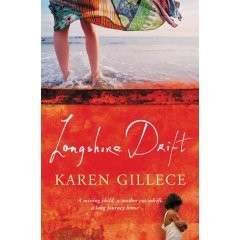 The drive home was subdued. Jim slept in the the backseat and Sorcha gazed out the window at the darkness. His own head was heavy with wine, and he drove slowly, cautiously, the headlights swinging out over the narrow, twisting roads. Sorcha’s hand moved and came to rest on his thigh, stroking softly. This was a signal that she would want him to make love to her when they got home. He felt a sinking feeling in his chest. His mind wandered back through a series of Friday nights, hunched up on his forearms, moving over his wife’s body, his face turned sideways away from hers into the pillow, and as she held onto his shoulders, he moved into her, giving his mind over to fantasy. Lately he’d been bothered by a nagging doubt that this act was something they were both enduring rather than enjoying.

Driving past the old barracks, taking the road across the bridge and up the embankment, the word she had spoken earlier came back to him – ‘broken’ – and he was surprised by the sudden stab of pain it caused him. It wasn’t a word he had ever imagined associating with Lara. Even that last time he saw her, when she looked at him, her eyes brimming over with pain and resentment and disbelief, there was still something so defiant about her, so wilful and strong. He felt a bristling of nerves along his neck and shoulders as he remembered that look. But perhaps that’s just what he wanted to see, to lessen his own guilt.

Almost sixteen years had passed, but the details of that day were still vivid in his memory – the cloying smell of baking that clung inside the house, the heat in that room, the hiss and spit of turf in the grate, all those relatives packed into that tight space, the kisses on the cheeks, his hand gripped by many, their congratulations ringing in the hollows of his ears. He hadn’t wanted ay of it – had strenuously objected to it. But at that point, he was starting to discover that what he wanted didn’t count for much any more. There seemed to be a fluttering of skirts, all those women flapping around with cups of tea and plates of food, their voices shrill and high pitched, while the men sat around sullenly, eating sandwiches and drinking whiskey and passing low remarks. And Sorcha sitting in the middle of it all, face flushed with excitement, looking pleased and – did he imagine it – triumphant? His lungs had seemed to fill with heat, his collar constricting his throat, and suddenly he knew that he had to get out.