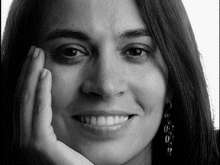 She has a PhD in International Relations from the Complutense University of Madrid and an MA in Modern and Contemporary Literature, Culture and Thought from the University of Sussex, UK.
She combines her writing with her work, specializing in the field of sustainable development and human rights. Prior to this, she lived in Uruguay, United Kingdom and Mexico; participated in university programs in Argentina and Cuba and in literary residencies in Montreal and the Pyrenees. Blog: www.cenizadeombu.org

EUPL Year
2010
EUPL Country
Spain
Sombras de unicornio (Shadows of the unicorn)
Claudia is a journalist who was born in Oviedo but brought up in Argentina. She returns to Spain, hoping to make a new start in life, and the first job she lands is in a Madrid cocktail bar, The Unicorn. She meets Edgar there, who is also in flight from a traumatic past and, like her, he soon realises it is impossible to start from zero, however hard you try. Claudia and Edgar dwell in an ambiguous space where imagination and desires roam, and travel between what they would like to be and what they really are. An encounter with the unicorn gives them an opportunity to find themselves, an opportunity that is no less wonderful for being unexpected. Sombras de unicornio is an invitation to come closer to yourself and take flight without ever lifting your feet off the ground. 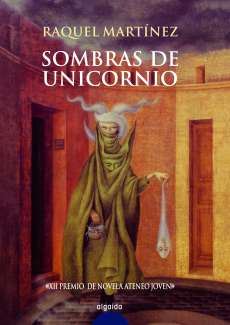 A black dune and its hazy outlines remained motionless in the centre of the city, embraced by precarious housing on one side and a residential estate on the other. Edgar often forgot it existed and when he climbed the crag of the Noas to contemplate the horizon, he preferred to imagine there was an empty void. But despite all his efforts to dodge it, the black hump suddenly reappeared when he turned a corner or decided which street to go down. His inner tension would deepen and he’d think about making his escape. For years people had been collecting samples of earth from different places, near to and far from the black dune, to check the levels of lead. That was the consequence of a long struggle waged by a number of local organisations against the municipal council’s silence and the wholesale suborning of individual consciences. But most people didn’t know what was happening and very few thought of moving. Joggers could make out the red-lettered name of the company that owned the industrial site when they tried to keep fit on the oldest residential estates. Then they returned home, shut their windows tight and told the cleaner to scrub the floor again and, after taking a bubble bath, they’d sit in the garden and read the centre pages of El Siglo, proud to perform their social duty by bringing themselves up to speed on the latest betrothals between high falutin’ families. But a few streets further down, much closer to the black dune, the newspapers were never the ones delivered that day and read in any garden; and people couldn’t boast how smart they looked in the photos. In the western districts newspaper pages stood in for doors and windows and the earth, that same earth on which they slept, was crystallising the blood of their children as the paper turned darker and darker. Grey-suited gentlemen wearing plastic gloves, sent by the firm responsible for the black dune, had once knocked on their doors in order to collect lead samples. The area was filled with cleaning machines that sucked up the earth and yellow-suited men who substituted cardboard for newspaper. That, alongside the promise of milk for sick children, was enough to quieten the unrest. The same dust impregnated everything within a fortnight. The youngest children, unaware of the danger they ran, built toys in their imaginations they would never own on that poisoned land. The protests resumed and the consultants for the black dune, that was also the country’s largest metal processing plant, argued they had got there first, that the poor were squatting on municipal land. The name of the company’s owner, who lived a thousand kilometres away, appeared every year in the magazine that published the list of the richest men on the planet. The legend of the black dune kept expanding over the patina of silences.